Please see below an account from one Of Glannmire – Walang’s early brigade members. We are always looking for brigade history, if anyone has or knows anyone that could contribute information or pictures please contact us.

I attended my first fire in December 1949. I wasn’t a member of the fire brigade; in fact I was still in a student at Bathurst High School. I was there with “Mac” Little our brigade secretary and my Father, to keep a fire controlled during the night while other brigade members took a break. Mac Little was then caretaker of the Winburndale dam and owned the property “Bimbenang” at Napoleon Reefs. The fire we attended was on part of “Glanmire Hall” owned by Noel Webb, now owned by Owen Nancarrow. No 4 x 4’s in fact our only gear in those days was McCloud rake/hoe combination, leather fire beaters and those damn tin knapsacks that cut into your lower back. The brigade didn’t have any vehicles and farmers used their utes and trucks to bring fire fighters and water to the fire.

Running the brigade was pretty basic, one meeting a year to elect officers and perhaps a get together after a fire to discuss any problems. We didn’t have training sessions as we do now. We simply didn’t have the equipment. Each resident had some gear at their properties which they took to the fire. If we ran short of water for knapsacks (as we did in 1957 at Sally’s Flat you used leather beaters and if there weren’t enough of those you cut a leafy branch and used that, it’s surprising how long a leafy branch will last as a beater. Another handy fire beater was a wheat bag, if you soaked in water it would last quite a long time.

Eventually we received small 350ltr tanks that sat in the back of utes. The first of these didn’t have pumps, they were just a backup supply for knapsacks. Some of us fitted pumps and hoses on these tanks which was a great improvement for fighting grass fires, having a lot more pressure than knapsacks. Eventually large 1400ltr tanks were supplied to use on trucks. They were fitted with pumps and hose reels and we put them on sloped timber frames, Maurice Garment or I would back our trucks under and load the tanker unit and attend the fire. Not exactly quick response!

In the mid-sixties we installed a piece of equipment that made quite a change to the way we fought fires and communicated with each other. The era of the 2way radio had arrived and we were the first brigade to install them. We could communicate with each other and the base at Evans Shire.

When all brigades were equipped it made calling in help a simple operation with a quick result.

Our first dedicated full time tanker was a 4×4 International truck which we bought second hand. It had been used by the electricity commission and suited our purpose.

To fund this truck and equipment several of us put in $100 each and Jack Stait who was a Bathurst City Councillor at the time put it to Council that as we were a back-up brigade for the Bathurst Airport it would be helpful if they contributed. Bathurst Council was agreeable and contributed $2500.

A number of us drove to Sydney to inspect the truck and Owen Nancarrow being a trained mechanic checked it out and gave the thumbs up so we bought it. Maurice Garment took on the job of doing all the plumbing and fitting up. That completed we had a versatile 4×4 loaded and equipped, ready for quick response. Maurice stored the vehicle in his shed as at that time there was no fire shed. Brigade meetings were also held at this time in Maurice’s shed.

Another unit was passed on to us which most of us prefer to forget. We were given an ex-army Inter Acco equipped with water tank, pumps, hose reels etc but lacked engine power. When we attended Mt Panorama races to earn some money for the brigade I had the “pleasure” of driving it to the mount. At one time I had about a kilometre of traffic held up behind me. I pulled off to allow traffic through, vowing I would get caught with that job again.

We were able to get a number of tanker trailers which various landholders kept on their properties. They were maintained by the landholder, fuel tanks full and water topped up. As these trailers were spread out in the brigade area one was always close to an outbreak and usually the first or one of the first units at the fire.

There is a difference of opinion regarding the suitability of the two wheel trailers. The main argument against them was that they were very difficult to turn around in steeper areas causing delays whereas the four wheel drive tankers are very manoeuvrable. However for use in open country and quick response they are great assets.

Our brigade did at one time decide to reduce the risk of bushfires starting along the highway. We attempted to burn the big build-up of grass from the bottom of Browns Hill to Raglan. We achieved what we wanted by burning the material but handling impatient motorists became a hazard to our brigade members as well as the motorists. A good idea but too hard to implement.

Basically the biggest differences between 60 years ago and now was the lack of dedicated 4×4 vehicles on the ready and adequate supplies of superior gear. Add to that the benefit of the fire shed for meetings, training, storage of equipment and of course community get together.

This is not a complete history by any means. Others with information and dates might also add to the story of our brigade. 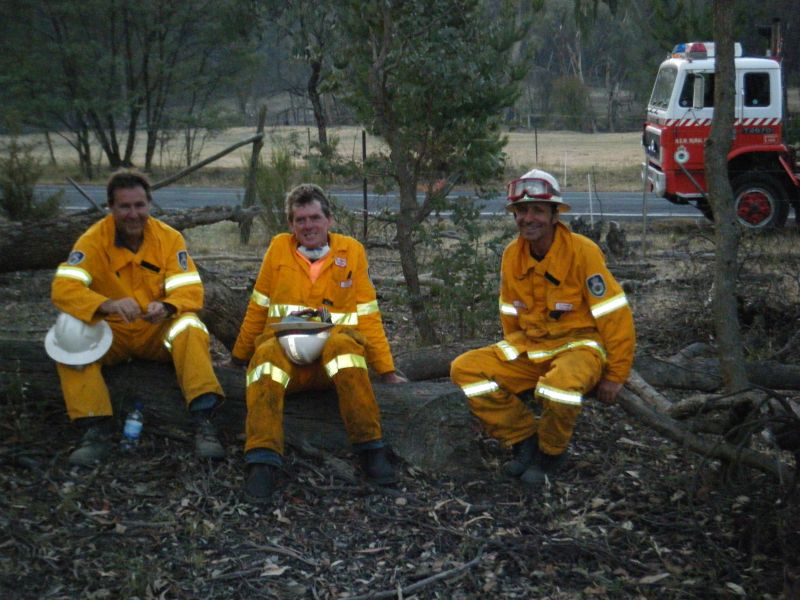 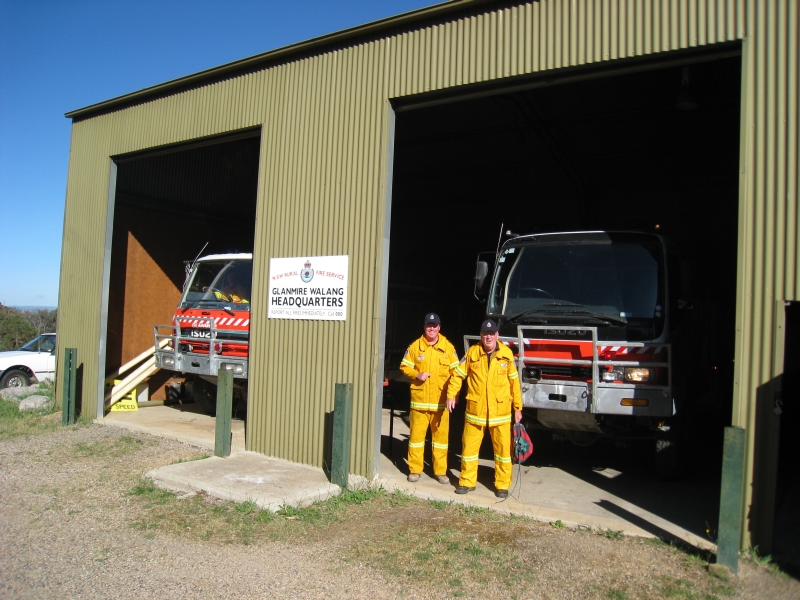 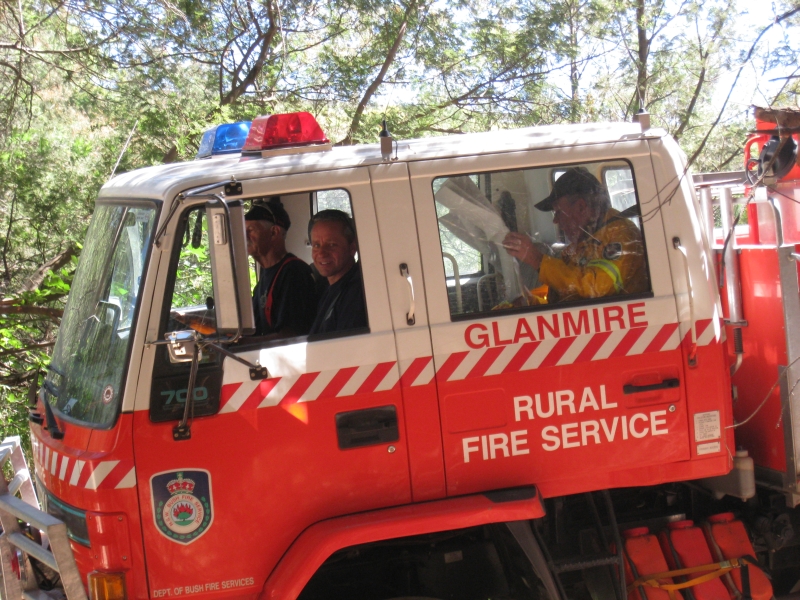 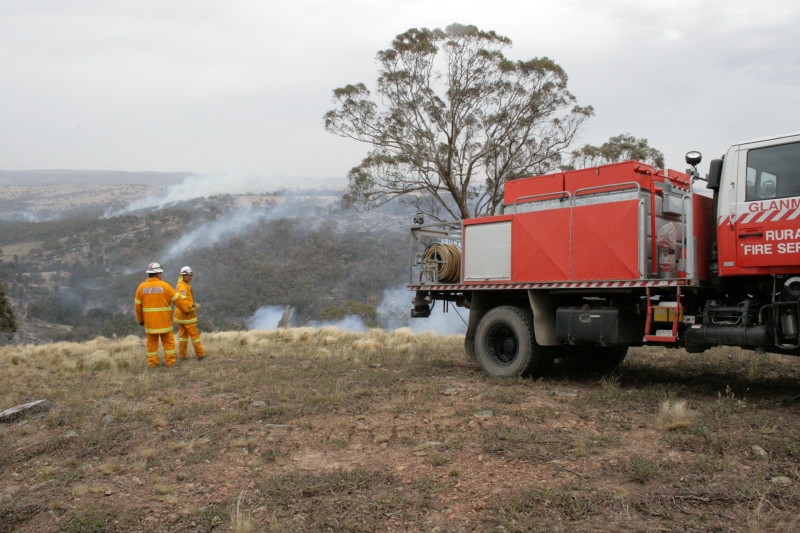 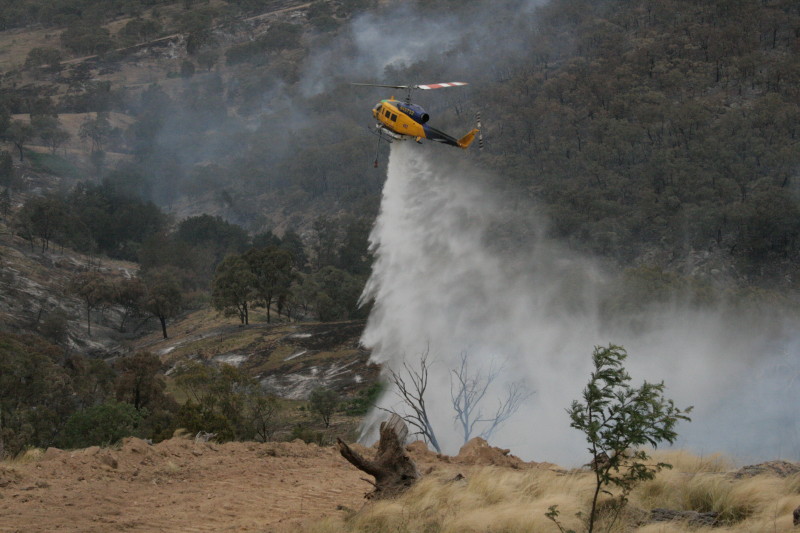 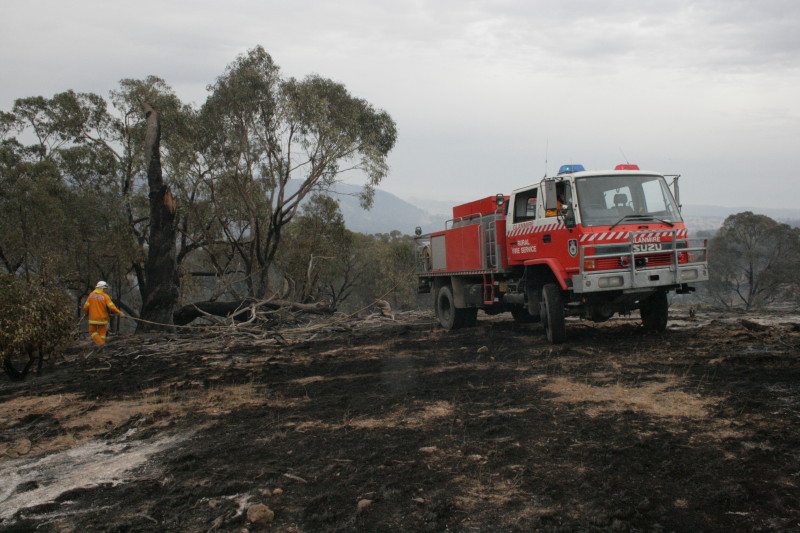 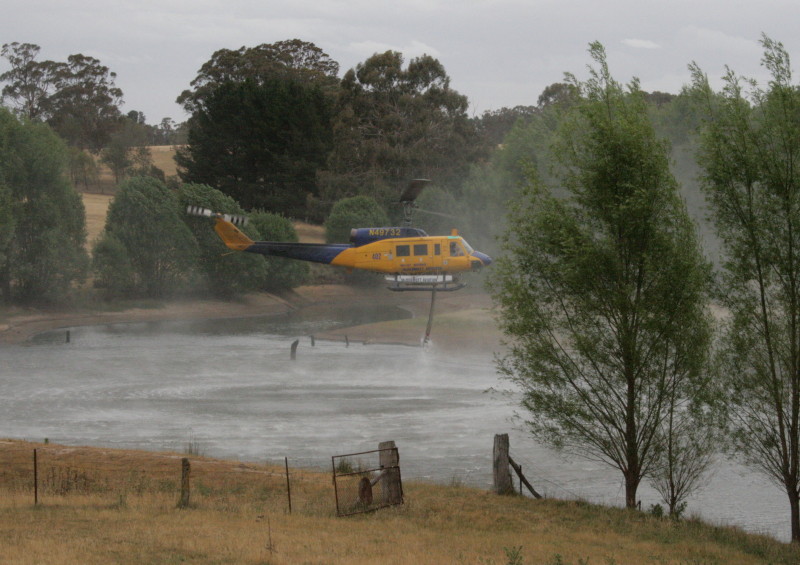