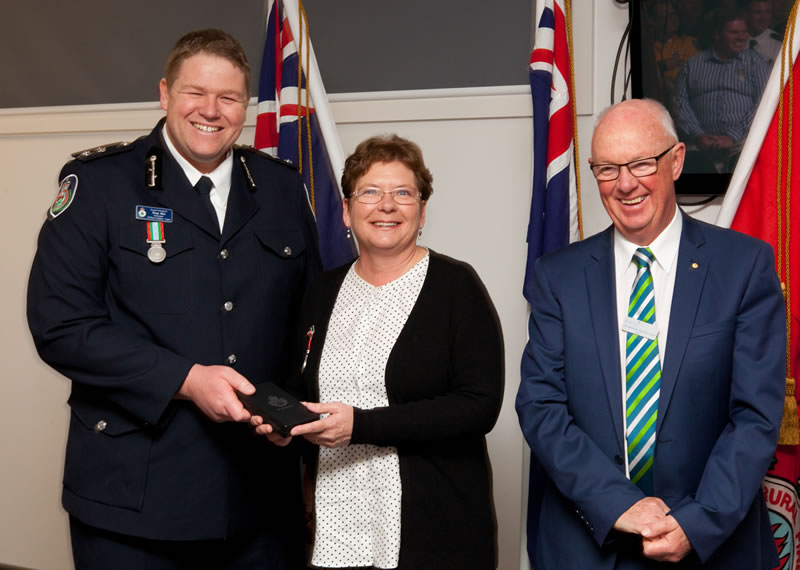 A total of 25 volunteers were presented with Long Service Medals by NSW RFS Chifley/Lithgow Team Manager Superintendent Greg Sim at a special ceremony held at the Bathurst Fire Control Centre on September 13th, 2017.

Among them was Shirley Colzato from the Glanmire-Walang Brigade.

Superintendent Sim recognised that in total, these medal recipients have accumulated an impressive 576 years of service between them.

“This is testament to the ongoing commitment shown by Chifley/Lithgow Team members to both the NSW RFS and the local community,” Superintendent Sim said.